Customers unboxing and charging their shiny new iPhone 8 have reported a problem. It’s a big one.

The built-in lithium-ion batteries are reportedly swelling, forcing them to pop out of their casings.

In the days after the iPhone 8 launch last week, a few pictures showing the issue made their way to Twitter but that trickle has become a flood.

It’s not just limited to one market, either, which suggest it not simply a problem with one particular production line, but endemic to the structure of the phone itself. 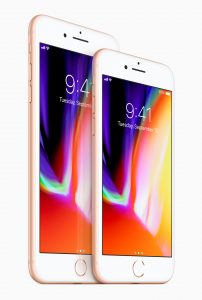 We already know that the iPhone 8’s glass back could cost hundreds of pounds to replace.

Users in Greece, Japan and Taiwan have been reporting the swelling battery problem, and this morning China’s state media has joined industry calls for Apple to look at the issue.

Apple know all too well the damage that a faulty device can have on a company’s reputation and bottom line.

Sales and pre-orders have not hit the same level as previous years, and while Apple have refused to confirm any figures, they are worried.

They have serious competition in Far East markets from the likes of Honor and Xiaomi, who produce high-end phones for much lower prices. These Chinese imports are becoming popular in the UK and Europe too, representing massive savings over the iPhone.

A problem that could explode

Samsung’s 2016 Note 7 scandal is a case in point. The malfunction with the Note 7 phablet saw its irregularly-shaped batteries became too hot under charging and explode, bursting into flames.

Many of these charging problems – where the back of the Note 7 pops, crackles and explodes with a fire – were caught on camera and immediately shared on social media.

After a press and public outcry, Samsung’s head of mobile DJ Koh said his firm would take responsibility.

It caused a PR nightmare that forced bosses into two separate recalls – even the replacement batteries had charging problems – and wiped around $5 billion off Samsung’s bottom line.

With average prices for their next flagship, the iPhone X, slated to exceed £1,000, there is huge pressure on Apple to get their technical aspects absolutely right.

The X is due out in November, too. That’s not long to make sure its predecessor is working perfectly.

State-backed newspaper ThePaper.en quotes a user called Liu who said his iPhone 8 Plus arrived with the casing cracked and split open, showing the SIM slot and internal structure of the device.

A spokesperson for Apple said that while the company is looking into the matter, they will not comment any further.