In what could be a major blow to Apple’s October launch of the £1,000 iPhone X, company insiders have admitted that the phone’s Face ID scanning won’t work properly for under 13s.

Because teenage faces are still developing the iPhone X won’t always be able to recognise the difference between two young people with similar features, Apple said.

This glitch means that close relatives who look physically alike, such as a sister or twin, could easily gain access to the phone.

The Face ID facial recognition software is supposed to be used in place of a password or fingerprint scan to unlock phones, confirm Apple Pay purchases and gain access to apps. 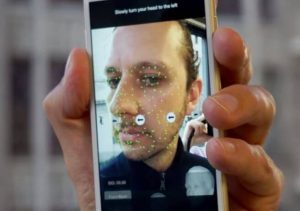 A 3D sensing camera called TrueDepth located at the top of the iPhone X projects 30,000 infrared dots to form a map of the user’s face, then compares and tries to match it to what is stored on the device.

“The probability that a random person in the population could look at your iPhone X and unlock it using Face ID is approximately 1 in 1,000,000 (versus 1 in 50,000 for Touch ID),” Apple wrote in this security paper published on Wednesday.

Face ID scanning was heralded as the ultimate in personal security, safer and more reliable that fingerprint scans.

But the limits of biometrics are starkly on show here.

Giving a nosy brother or sister complete access to social media accounts, passwords and personal ID is a nightmare scenario for the image-conscious teen.

Apple declared that children under 13 shouldn’t use Face ID to unlock their iPhone X but should rely instead on PIN codes.

“The probability of a false match is different for twins and siblings that look like you as well as among children under the age of 13, because their distinct facial features may not have fully developed.”