Amid speculation all is not well with Apple’s new smartphones, it has been reported that Apple has instructed its component suppliers for the new iPhone X to slow down production.

It is understood the demand for the new iPhone 8 and 8 Plus has not met Apple’s expectations.

Through an unnamed source at a Taiwan-based upstream component suppliers, Apple’s suppliers are currently delivering about 40 percent of components from the initial estimate.

Rumours abound as to why this has happened. 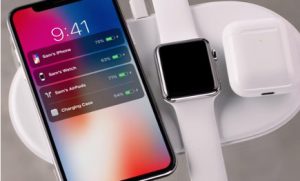 More: Glass back problems with iPhone 8 could cost hundreds

One unnamed source said they believed Apple wanted to take a step back to see how pre-sale orders for the iPhone X pan out.

Appleinsider then reported that production of the iPhone X has been hampered by the difficulties with the advanced facial recognition system.

According to various sources Apple has been hit with an imbalance of supply for crucial parts.

Although the iPhone remains extremely popular, shipments of the device actually fell last year, many arguing they have failed to wow consumers as they have in the past.

And it has been noticeable with the iPhone the familiar long queues of legions of fans outside Apple stores are not quite what they once were.

We believe the two main catalysts for continued growth are bringing first-time users onto a smartphone and maintaining life cycles that are close to two years.

Market analysts believe with an eye-watering price tag of £1,000 many consumers are looking at cheaper Androids for their next purchase.

50% of the world’s population do not yet own a smartphone so this represents a huge growth opportunity. But it is likely one where phones at entry-level prices will be prioritised by cash-strapped consumers.

While this is worrying news for Apple they did do the same last year, when they had only 60 percent of components shipped through their supply chain at the point of release.

The remaining 40 percent were then shipped in the subsequent two months.