iPhone 8 users could face hundreds of pounds in repair bills if they break the glass back of their new smartphone, industry analysts are warning.

The iPhone 8 and iPhone 8 Plus hit the UK market on Friday 22 September but early adopters are already concerned over potential hefty bills for repairing the hardware. 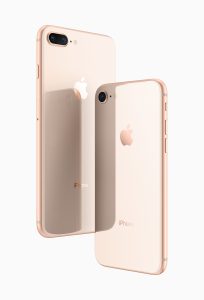 But glass plates installed in the rear of the device to help wireless charging are flimsy and may even cost more than a broken screen to repair.

When users inevitably start dropping a grand’s worth of tech kit on the floor we will soon find out how durable the iPhone 8 really is.

A recent report by O2 found that more than 7.5 million UK smartphone owners had smashed their phone’s screen at one point or another.

And while the iPhone appears to be just as susceptible to damage as any other high-end phone, this glass problem could be a big issue for Apple fans.

Analysis of the internals of the new iPhone 8 by repair site Fixit reveals that the back of the device is just a glass plate glued to the phone’s midframe.

Testers used a curved razor blade to try to separate the glass from the frame and found “glue, and lots of it” was keeping the glass in place.

“The process left the backing plate a bit bent out of shape…we have no idea how Apple plans to do this.”

Scoring the device just six out of 10 for repairability, Fixit write: “Apple assures everyone that this rear panel is reinforced with “an internal laser-welded steel and copper structure, but time and tests will tell if this phone will suffer from a snap… or yet another Bendgate.”

“The durability of the glass back remains to be seen but replacements are likely to be very difficult.”

Normally iPhone repairs are covered by AppleCare+ which starts at £129.

But the small print says that while you get two years’ worth of phone support and coverage for two “incidents of accidental damage”, you’ll still have to pay £25 for broken or cracked screens, and you’ll lay out £79 up front for “other damage”.

That makes a faulty glass rear on an iPhone 8 over three times more expensive to repair than a broken screen.