The O2 Smart Home service is to close after the company admitted it saw a disappointingly low take-up from customers.

The UK mobile operator launched the project in September 2016 in a bid to grab the smart home market by the scruff of the neck.

But failure to sign up enough people and criticisms over value for money left the O2 smart home service far short of continuing.

Rival Hive, which is well-known for offering to control your home heating from a smartphone app, has its own range of plans starting at £6 a month. By contrast, O2’s cheapest plan started a £20 a month.

The operator revealed it had failed to meet commercial targets for the smart home app, saying
it took the decision to close the service in November 2017, telling customers in December.

It added that to invest the amount of money necessary to make the new brand work, it would have needed “category-leading take-up” from new customers.

Customers will get refunds on all their payments and monthly subscription fees, O2 clarified.

A spokesperson for O2 said the company “remain focused on our other live IoT (Internet of Things) projects” including smart meters for tracking home energy use, and O2 Drive, its internet and WiFi connected car service.

O2 Smart Home was a subscription service based on a two-year contract, helping people to spread the cost of buying in new smart home technology. 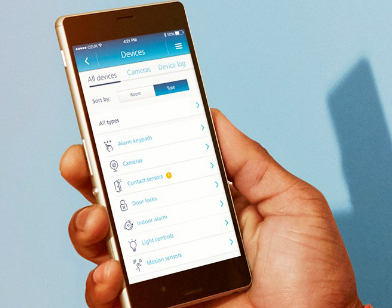 There was a choice of three contracts:

O2 Home View was priced at £30 a month for 24 months, with O2’s smart hub and a Samsung wireless security camera included.

O2 Home Comfort launced at £30 a month for a Tado thermostat bundled with O2’s smart hub. With it you could change the temperature at home using a smartphone app.

At £20 a month O2 Home Connect removed the thermostat and security camera to simply offer smart sensors for the home.

But it was still cheaper to buy the individual smart devices individually and use a smart hub that was not locked to O2.

The service was criticised for its outlandish costs and lack of value for money: if you were to buy each of the included devices separately, it would still be cheaper than signing up for an O2 24-month contract.

O2 has not announced a precise date for the closure of O2 Smart Home but it is expected to update customers by the end of January 2018.