Privacy measures are at the heart of Apple’s iOS 11.3 update which launches this week.

The new version of the software that powers iPhones, iPads, and the iPod Touch has been in beta testing since January but is now ready to be rolled out.

It’s the largest software update since iOS 11 launched on 19 September 2017. 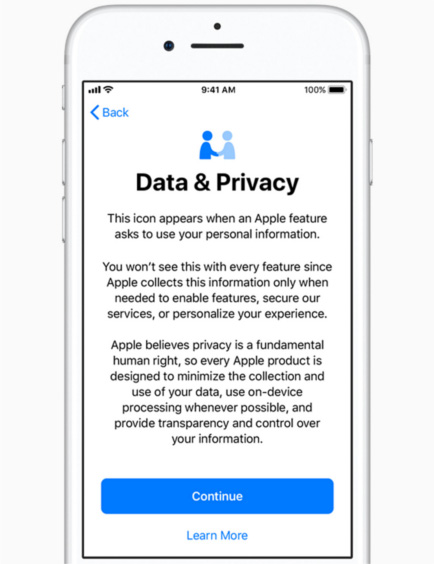 Among the top line elements making the news are Apple’s new Data and Privacy feature.

Apple has listened to its customers when they say they don’t want their names, photos, addresses or any other details valuable to hackers to be shared with other companies.

WhatsApp refused to share data with its parent company Facebook after the Cambridge Analytica scandal that has brought Mark Zuckerberg and his team to the brink of disaster.

The decision to prioritise growth above all else at the social media giant, allowing third-party companies to harvest unlimited amounts of personal data, has left UK Parliament and the US Congress clamouring for change.

WhatsApp is not exactly a paragon of virtue, however.

Previous updates to the messaging service have included allowing you to stalk your phone contacts in real time.

Apple see a chance with iOS 11.3 to set the bar for privacy.

Now whenever Apple asks for access to personal information to enable new features, a new privacy icon will pop up.

This will offer you the exact details of what is being asked for up front.

iOS 11 has been plagued with security flaws, while