The latest version of Apple’s operating system iOS 11 debuts on 19 September 2017, and here’s what to expect from the update.

Apple say the update will bring hundreds of new features to the iPhone and iPad, including augmented reality for gaming and new multitasking possibilities.

A public beta has been available for early adopters since June.

The full release will be widely available from Tuesday 19 September and it’s as simple as hitting the ‘Update’ button on your current version of iOS.

Apple updates are usually available in the UK from 6pm our time.

Developers are leaning hard on the AR angle after the wild success of Pokemon Go. This AR game saw hundreds of people gathering in random places where their Pokemon creatures could be found, behind a swimming pool, on unused land and even inside a Manchester police station.

Game developers believe AR is the future of one-on-one gaming.

On the iPhone X iOS will give users the option to add ‘animoji’, using Apple’s Face ID tech to create animated faces that react by mirroring the user’s own expressions.

If it all sounds like it could lead to a Terminator-style Skynet situation, you’re not far wrong. Core ML gives developers on-device machine learning capabilities so they can easily make apps that will predict, learn and become more intelligent. 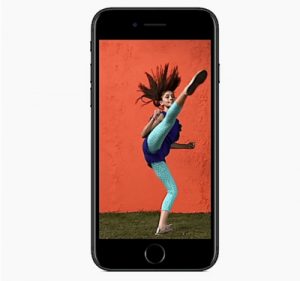 iOS 11 adds optical image stabilisation and HDR to Portrait Mode for more professional-looking images. Live Photos gets new Loop and Bounce effects to ape Instagram’s Boomerang, creating continuous video loops for that GIF you’ve always wanted to share, while you can set up Long Exposure for timelapses and capturing movement.

A new kind of photo-squishing tech called High Efficiency Image File Format (HEIF) reduces the file size of every picture you take on iPhone 7 and iPhone 7 Plus.

Siri gets a new voice

Siri is installed in over 375 million devices as of September 2017.

iOS 11 promises a more natural voice for the silver-tongued assistant with adjusted pitch, emphasis and tempo while speaking.

Siri will also be able to translate English words and phrases into Mandarin, French, German, Italian and Spanish.

On the dev side, SiriKit gives programmers the ability to integrate Siri into their apps, and with iOS 11 it expands to support more categories, including to-do lists, notes and reminders; banking for account transfers and balances; and apps that display QR codes.

iOS 11 is the biggest software release for iPad yet, and aims to make Apple’s tablet into a true laptop replacement.

A new customizable Dock provides quick access to frequently used apps and documents from any screen, and a redesigned app switcher makes it easier to move between pairs of active apps. You will have Split View and Slide Over to choose from. 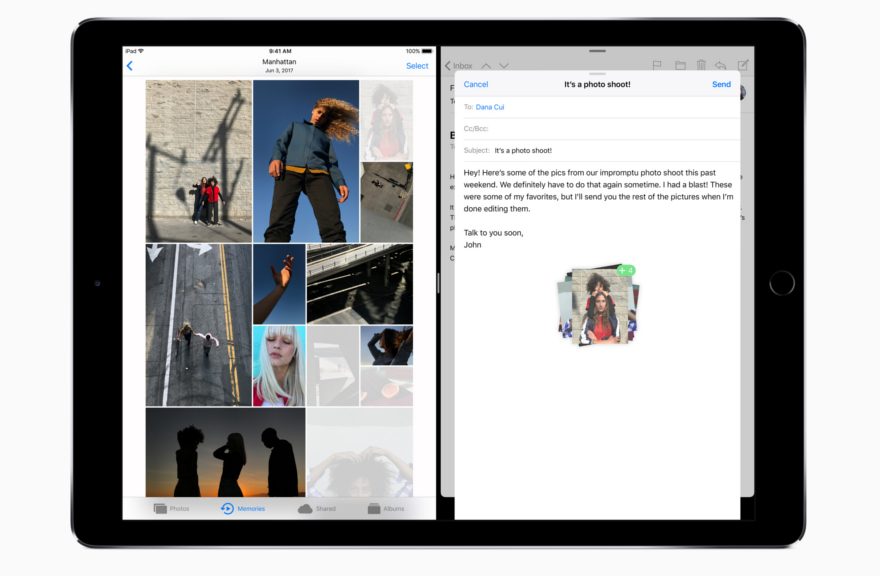 The new Files app keeps everything in one place, whether files are stored locally, in iCloud Drive or across other providers like Dropbox. Drag and Drop available across the system so moving images and text from one document to another will be much less hassle.

Apple Pencil is more deeply integrated into iPad with support for inline drawing and a new Instant Notes feature opens Notes from the Lock Screen by simply tapping Apple Pencil on the display.

iOS 11 includes a new “Do Not Disturb While Driving” feature to stop notifications while you’re on the road.

A revamped App Store sees the introduction of an Updates tab where users can see what has changed in their favourite apps and games.

Search has also been beefed up so you can now search the App Store by category, developer, name or topic.

Which models does iOS 11 work on?

iOS 11 will be available for iPhone 5s and later, all iPad Air and iPad Pro tablets, the iPad 5th generation, iPad mini 2 and later and iPod touch 6th generation.