Facebook has launched an early preview of Messenger Kids, an direct messaging app inviting children as young as six to sign up.

The app is only available in the US, and only on iPhone or iPad, but Facebook say they’re planning a wide release to Google Play Store and Apple’s App Store in the coming months.

It’s a marked departure for Facebook which has been insisting for years that the minimum age to set up a social media account is 13. 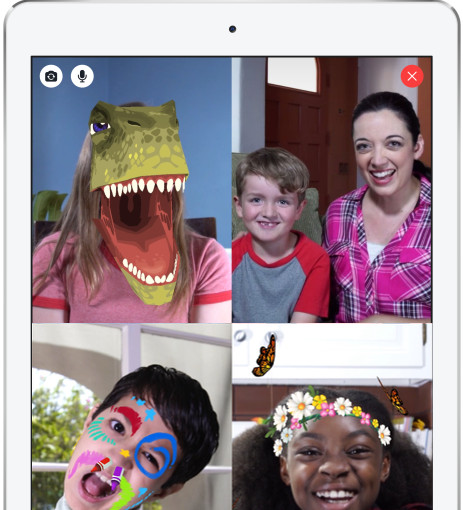 Should we be concerned?

There are concerns, of course. Suggesting parents are more digitally savvy than their children is becoming a greater stretch of credibility.

While no child will be able to access the app without their parent’s username or password, it’s really not inconceivable that they either already know these details – or will find out – and get access to Messenger Kids with or without mum or dad’s approval.

The UK government’s Public Accounts Committee suggested this week that younger people are now more likely than the elderly to fall victim to online fraud.

This is because ‘digital natives’, or young children who have grown up with the internet, have a much more open and risky approach to sharing personal information online.

While there is a perception that online fraud primarily affects the elderly and vulnerable, young people are increasingly likely to fall victim.

The City of London Police told us that young people are probably more vulnerable to fraud than older generations as they have a very different approach to personal information.

The City of London Police cited examples of young people sharing pictures of their passports and driving licences on social media.

According to children’s charity the NSPCC, 48% of the young people it asked were worried about Facebook and its standard Messenger app.

Their concerns range from seeing disturbing or upsetting videos, seeing adverts or pop-ups that were violent, political, sexual or otherwise inappropriate, to the general feeling that they had lack of privacy and strangers could view their profile, add them, or find them online.

Funny videos and sharable memes make up such a large proportion of kids’s experience online, as well as talking to their friends and sharing pictures and videos.

Facebook Messenger Kids is at least an acceptance from the social media giant that younger children already use Facebook in vast numbers.

It’s not available in the UK yet, but it will come.