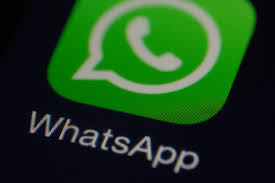 At its F8 Developers Conference, Facebook excitedly announced a whole raft of new features including Dating on Facebook, allowing users to clear their browsing history and a real-time language translator in Messenger.

Alongside these announcements, Facebook also heralded new features for WhatsApp and Instagram, including the long-awaited feature Group Video Calling on WhatsApp.

Although there are no details at present, WhatsApp Video Calling will allow four people to have face-to-face conversations. Previously, video calling had only been available for personal chats with just two people.

According to Facebook, video calling is one of the most popular features on WhatsApp, with people spending two billion minutes chatting away. With the launch of WhatsApp multiple video calling, Facebook expect the service to become even more popular.

Facebook also announced it was finally introducing chat stickers to WhatsApp for the iOS. These will be similar to those found on Facebook and Messenger.

The conference also saw the announcement that video chat will be available for Instagram. There will be a new camera icon at the top of a Direct message thread and simply tapping on it will start the video chat.

Instagram is also to get a redesigned Explore feature to make it easier for Instagrammers to discover things they are interested in.

Snuck in to the conference was the introduction of a comment filter on Instagram. This should offer additional protection against cyber-bullying, which continues to be a serious problem on Instagram.

The influential F8 conference comes at a time when the social media giant faces serious issues after the fallout from the Cambridge Analytica scandal. In response Facebook announced the introduction of a new privacy feature called Clear Search History.

This will allow users to delete personal data that has accumulated from sites and apps in much the same way you can delete cookies on your web browser.

Mark Zuckerberg announced that Chatbots will no longer be banned in Facebook Messenger. This means businesses will be able to interact with their customers more easily.

But the biggest announcement was Facebook’s move into the online dating industry. Facebook Dating will allow users to add a dating profile that’s not visible to friends who may have done the same.

The system will then match users based on data collected from their activities and provide a dedicated in-box. While there are some concerns in how Facebook will handle privacy issues, investors appeared to get very excited about its potential. Shares in Tinder fell 22% after Facebook’s announcement.