Larger screens and older people upgrading to 4G devices have pushed smartphones past computers as the way most people get online, new research suggests.

It’s the first time smartphones have become the preferred method to access the internet in the UK, and comes from eMarketer’s latest UK Time Spent With Media forecast.

While the number of people accessing the internet regularly is only expected to grow 2.4% by the end of 2017, researchers saw higher than expected smartphone use among those age 45 or older. 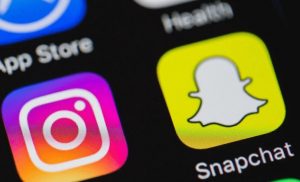 And the main reason why smartphones eclipsed desktops and laptops people watching videos on social media along with the popularity of messaging apps.

Instagram and Snapchat continue to grow quickly in the UK.

In 2017, adults in the UK now spend an average 1 hour 59 minutes a day on their smartphone, overtaking daily time spent on desktops and laptops by a minute.

eMarketer forecast this gap to widen, with daily time spent on smartphones approaching 2 hours 14 minutes by 2019 against 1 hour 54 minutes for home computers.

“Mobile use is increasingly coming to mean smartphone use in the UK, so it’s no surprise to see the time spent forecast tilting evermore in that direction,” said eMarketer senior analyst Bill Fisher.

Data is the key

SIM Only deals with large data packages are becoming ever more important to UK consumers as they hold onto their phones for longer but video viewing and social media use continues to rise.

And the over 45’s driving the rise of the smartphone are less likely to keep up with the cycle of buying or upgrading to a new handset every two years.

That dubious honour falls to the under 25s. Younger people latch on to ‘must have’ devices with fingerprint scanners and 4K-ready displays but which come with a hefty cost rising to hundreds of pounds over the course of a contract.

Phones up, tablets down

Tablets have enjoyed a period of popularity, especially for home users and school-age children. The use of tablets for educational devices in schools helped to drive that growth, but it is now levelling off. Still, at least 35.6 million people, or more than half of the UK population, will use a tablet at least monthly in 2017.

The audience using tablets is expected to grow by 3.1% by the end of the year but to slow dramatically by 2021 as phone screens get larger and manufacturers take advantage of edge-to-edge displays giving developers more real estate to play with.

We’re advanced, but not as we know it

“The UK is one of the most digitally advanced markets in the world,” says the eMarketer report.

“This year, 54.8 million people, or 82.6% of the country’s population, will access the internet regularly.